Earlier today I had an enjoyable interview about Brexit and the Supreme Court judgement on BBC World News with the effervescent business correspondent Aaron Heslehurst. But it got me thinking about how British politics has polarised and hardened since the last Brexit deadline in March this year. And created more uncertainty.  Watching the debate in Parliament tonight has confirmed this.

We are now in midst of a war between a Government intent on leaving the EU on 31 October “deal or no deal” and an alliance of opposition MPs intent on stopping no-Deal. It is a finely balanced conflict. The opposition can control Parliament if it is united; and the government can dig in and has executive power at its disposal. Boris Johnson’s government is absolutely determined to leave the EU on 31 October and will pursue any means necessary.  The opposition alliance is now more determined than ever to stop no-deal and showing unprecedented levels of cross-party collaboration but will also suffer from party fault lines.

It is also apparent that very different weapons are being used in this conflict.  Normal parliamentary and political procedures and etiquette have been thrown aside.  The Government is seeking to use public opinion and pitch itself as being on the side of the people against the establishment. This is not how British government normally behave.  Faced with populist rhetoric, the opposition is using legislative means and the law courts to try to frustrate a no-deal Brexit.

This pattern will continue and intensify. In the coming weeks we will see more inflammatory rhetoric and further recourse to the law courts.  This will go right down to the wire. Parliament is more united, and government is more determined.

This week's Supreme Court judgement was an important battle victory for the opposition MPs.  But they are far from winning the Brexit civil war and we won’t know who triumphs until the end of October.

No-deal remains on the table and there is talk today of ways in which the government could still pursue it if need be. It does look less likely than it did 3 weeks ago but it can not be ruled out and it remains the default.

There is more pressure for the government to get a deal and talks are underway, but the EU remains extremely pessimistic about the UK's proposals and securing a deal remains littered with obstacles and a near-impossible balancing act.

A 2nd referendum still seems the least likely outcome but there is some sense that it might squeak a majority in Parliament. Whether that leads to a hard or soft Brexit or no Brexit will be determined largely by who sets the terms: the options on the paper (no-deal vs deal or deal vs remain?) and who is eligible to vote (Labour might seek to extend the vote to 16-18 year olds and EU citizens resident in the UK).

We just can't predict what will happen on 31 October or thereafter - which is why business continues to prepare for the possibility of a no-deal.

And either way we will feel the consequences on our political and social fabric for a very long time.

We are now in midst of a war between a Government intent on leaving the EU on 31 October “deal or no deal” and an alliance of opposition MPs intent on stopping no-Deal. It is a finely balanced conflict. 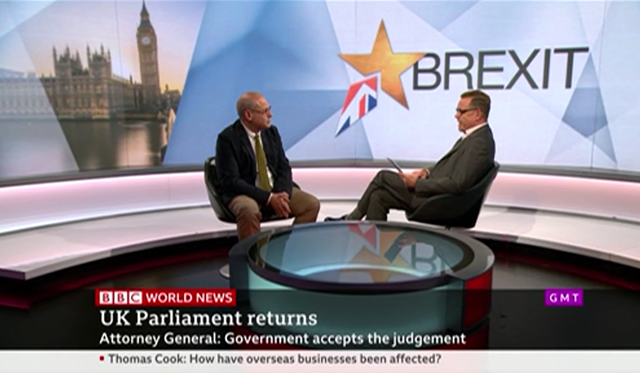 Coronavirus contingency planning: what should employers and businesses do?
Adam Jackson

EU-UK Trade Deal: what we know and what is still up for grabs
Adam Jackson

What could the data on COVID-19 be hiding?
Howard Davis

Local Government- are we still in the game?
Paul Dossett
repost  cancel